Know How Overflowing Garbage Bins Can Impact Your Well-Being

One of the major challenges people all over the world are facing due to rapid urbanisation is the increasing amount of waste generated. The demand for food products has increased and so has littering. Public waste bins have started overflowing which is having a negative impact on people’s health and the environment.

The overflowing garbage bins not only leads to cluttered roads but also generate bad odour. There are a few places in Mitcham where the waste collection processes have not yet become advanced and maintaining cleanliness had become a daunting task. The easiest way to handle the situation is by approaching an experienced company offering professional waste disposal in Mitcham.

You will be surprised to know that insects and bacteria treat overflowing waste bins as the ideal place for breeding. The flies roaming around your lunchbox are the ones which visited the garbage. Sometimes, they even drop offsprings on your plate which increases the risk of food poisoning, gastroenteritis, typhoid fever, enteric fever and other illnesses. It is not only about flies, even mammals like foxes, stray dogs and rats thrive on the garbage.

Air pollution is a very common problem caused due to overflowing garbage bins which can further lead to respiratory diseases. Few of the toxic substances which can contaminate the air are nitrous oxide, methane and carbon dioxide. Our lungs can absorb the contaminants from the air and have adverse health effects. One of the primary reasons why polluted air emits bad odour is because the waste items in it decompose.

It is not only about air pollution, but overflowing garbage bins can also contaminate surface water, affecting the entire ecosystem. The water’s chemical composition can change if the liquid waste or garbage ends up in the water. This is known as water pollution. If you don’t want waste to affect the marine system, get in touch with a company offering skip hire in Mitcham and get rid of the overflowing garbage bins.

It is always advisable to allow trained waste collection staff to pick the garbage instead of directly handling the overflowing waste as it can expose you to health risks. Few of the risks are chronic diseases, infections and accidents. Your skin and blood can get infected if there are infected wounds and they come in direct contact with the waste. Animals present in the waste bins can also bite and cause various illness.

Overflowing garbage bins will not only lead to serious health and environmental issues but also become a public nuisance. People hate visiting a place which is dirty and unhealthy. Mitcham might stop attracting people and tourists if the city becomes smelly with poor sanitation. Soon, it will start losing money.

Since overflowing garbage bins can impact your health and the environment in so many ways, it’s time you start looking for a skip hire company and get rid of the waste. 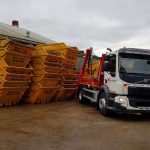 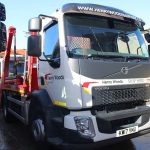 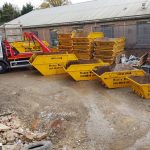 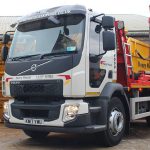 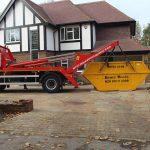 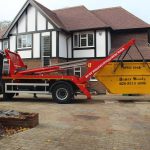 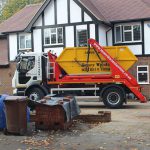 © Copyright 2021 / All Rights Reserved. Designed by NU MEDIA HUB
0
We use cookies on our website to give you the most relevant experience by remembering your preferences and repeat visits. By clicking “Accept”, you consent to the use of ALL the cookies.
Cookie settingsACCEPT
Manage consent

This website uses cookies to improve your experience while you navigate through the website. Out of these, the cookies that are categorized as necessary are stored on your browser as they are essential for the working of basic functionalities of the website. We also use third-party cookies that help us analyze and understand how you use this website. These cookies will be stored in your browser only with your consent. You also have the option to opt-out of these cookies. But opting out of some of these cookies may affect your browsing experience.
Necessary Always Enabled
Necessary cookies are absolutely essential for the website to function properly. These cookies ensure basic functionalities and security features of the website, anonymously.
Functional
Functional cookies help to perform certain functionalities like sharing the content of the website on social media platforms, collect feedbacks, and other third-party features.
Performance
Performance cookies are used to understand and analyze the key performance indexes of the website which helps in delivering a better user experience for the visitors.
Analytics
Analytical cookies are used to understand how visitors interact with the website. These cookies help provide information on metrics the number of visitors, bounce rate, traffic source, etc.
Advertisement
Advertisement cookies are used to provide visitors with relevant ads and marketing campaigns. These cookies track visitors across websites and collect information to provide customized ads.
Others
Other uncategorized cookies are those that are being analyzed and have not been classified into a category as yet.
SAVE & ACCEPT 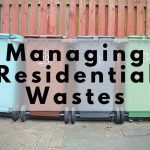 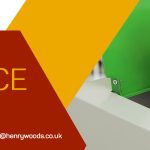